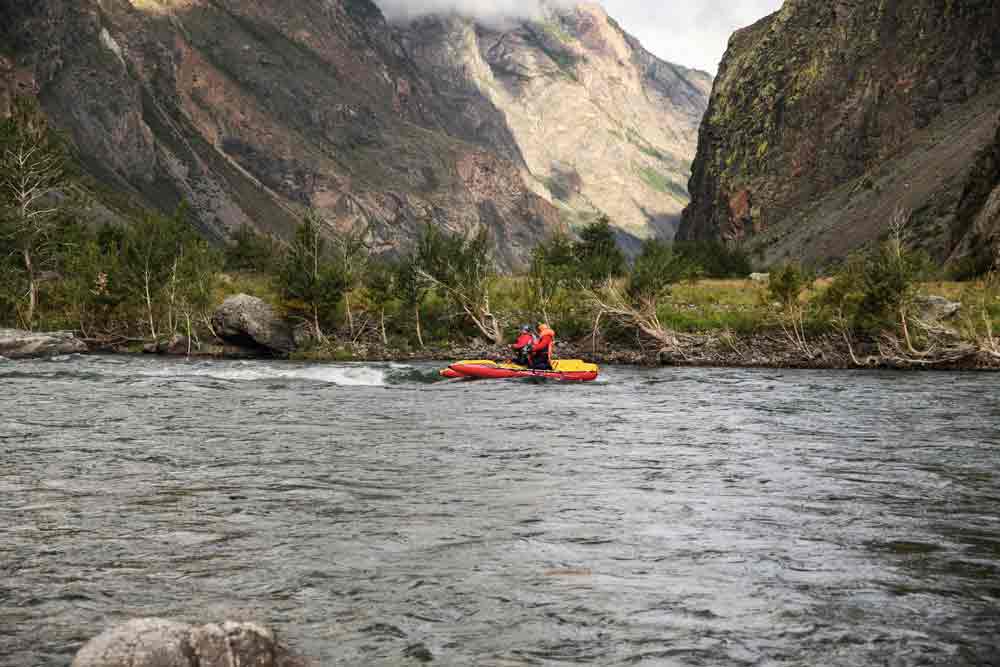 It’s springtime, which means that for many parts of the country, it’s also flood season. While some people might be content to sit on the sidelines and watch the flood waters rage, others might be tempted to get out there and paddle through it. After all, kayaks were designed for water, right?

Well, yes and no. Kayaks are designed to float – but that doesn’t mean they’re immune to the dangers of flood waters. Before you strap on your life jacket and hit the rapids, make sure you know how to kayak safely in flooded water.

Is It Safe to Kayak in Flood Water?

The quick answer is no, it’s not safe to kayak in flood water. But the reason why might not be as obvious as you think. Flood waters can be deceptively dangerous, and kayaking in them is a recipe for disaster. Here’s a breakdown of why kayaking in flood water is such a bad idea.

When you hear the word “flood,” you probably think of a raging river swollen with rainwater. And while that’s one type of flood, it’s not the only kind. Flash floods, caused by heavy rains or dam breaches, can create conditions that are just as dangerous if not more so, than rivers in the flood stage. That’s because flash floods often come with little to no warning, giving people caught in them little time to react.

What’s more, flood waters can rise and fall quickly, making it hard to gauge just how deep they are. That may not seem like a big deal if you’re just paddling around in a kayak, but small objects like logs and branches can become hidden hazards when they’re submerged beneath even a few inches of water. And if you happen to hit one of those hidden hazards while kayaking, it could spell disaster.

In addition to the physical dangers posed by flood waters, there’s also the risk of contracting waterborne illnesses. Flood waters often contain sewage and other contaminants that can cause serious illness if ingested or even if they come into contact with your skin. So, even if you manage to avoid hitting any hidden hazards while kayaking in flood waters, you could still end up getting sick.

And then there are the emotional dangers posed by floods. Flooding can be a traumatic event, and trying to kayak through it is likely to exacerbate that trauma. If you or someone you love has experienced a flooding event, please don’t compound that trauma by putting yourself in further danger by kayaking through flood waters.

Is It Safe to Kayak in The Pacific Ocean?

Yes, it is safe to kayak in the Pacific Ocean. The Pacific is a huge ocean and there are plenty of places where kayakers can find safe, calm waters. In addition, there are plenty of kayaking enthusiasts who love paddling in the open ocean and they are more than happy to share their expertise with others. So go ahead and enjoy a thrilling kayaking adventure in the majestic Pacific Ocean!

What Is the Minimum Water Depth Needed to Paddle a Kayak?

It depends on the kayak and the person. For a standard recreational kayak, probably around 4 feet would be enough water to paddle in without getting stuck. But for an ocean kayak or a more specialized kayak, you may need 6 or 8 feet of water or more.

And of course, it also depends on the person’s skill level and strength. If you’re a beginner, you’ll likely need a little more depth than an experienced paddler. And if you’re paddling in currents or against strong winds, you’ll also need more water depth to maintain control of your kayak.

What Stops Water from Entering a Kayak?

Kayaks are designed with a variety of features that keep water out. These features include a sealed or caulked deck, hatches and bulkheads that create separate storage compartments, and a spray skirt that creates a watertight seal around the waist of the paddler.

In addition, kayaks are often equipped with flotation devices such as foam blocks or airbags that help keep them upright and afloat in case of accidental flooding. And finally, modern kayaks are often made from materials such as polyethylene or Royalex that have excellent resistance to both water absorption and corrosion.

If Your Kayak Fills with Water, What Should You Do?

This will help to keep the Kayak in an upright position and make it easier for you to get out. If you’re still unable to get out of the kayak, wait until it sinks completely and then swim to shore.

Which Is More Comfortable: To Sit in Or Sit in A Kayak?

In short, don’t do it! It’s not safe to kayak in flood water for any reason. The physical and emotional risks simply aren’t worth it. If you find yourself caught in a flooding event, get to high ground and call for help as soon as possible. Don’t try to brave the flood waters on your own it’s just not worth it.