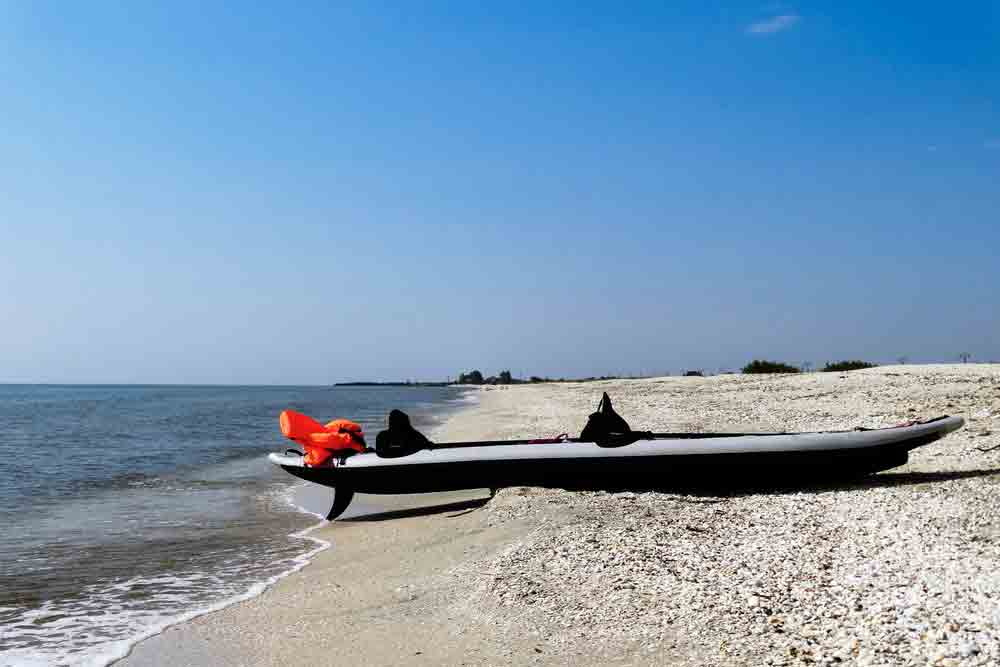 Inflatable kayaks are a great way to enjoy the water, but they require some occasional maintenance. One important task is removing the skeg, which is a fin attached to the bottom of the kayak.

The skeg helps to provide stability and tracking, but it can become damaged or lost over time. Fortunately, it is relatively easy to remove the skeg from an inflatable kayak.

How to Remove Skeg for Inflatable Kayak? The first step is to deflate the kayak and find the skeg box, which is usually located near the stern. Once you have located the skeg box, you will need to unscrew the cap and remove any screws or clips that are holding the skeg in place. Finally, you can pull out the skeg and store it in a safe place until you are ready to use it again.

With a little care and regular maintenance, your inflatable kayak will provide many years of enjoyment.

Is It Necessary to Have a Skeg on An Inflatable Kayak?

Most inflatable kayaks come with a skeg, which is a fin that helps to stabilize and track the kayak in the water. While a skeg is not strictly necessary, it can be helpful in certain conditions. For example, if you are paddling in windy conditions, a skeg can help to keep your kayak from blowing off course.

What Is the Best Way to Attach a Skeg to An Inflatable Kayak?

There are a few different ways to attach a skeg to an inflatable kayak. The most common method is to use adhesive glue or tape to secure the skeg in place. This can be an effective way to attach the skeg, but it is not always permanent.

Another option is to use zip ties or bungee cords to secure the skeg. This method is usually more adjustable, but it can be difficult to remove the skeg once it is in place. Finally, some kayaks come with pre-drilled holes that allow the skeg to be bolted in place. This is generally the most secure method, but it may not be possible on all kayaks. Ultimately, the best way to attach a skeg to an inflatable kayak will depend on the specific kayak and the preferences of the user.

How Do You Remove the Fin from A K2 Kayak?

Fins play an important role in the performance of kayaks, providing directional stability and allowing for greater control while paddling. However, fins can also become damaged or waterlogged, making them difficult to use.

To remove the fin from a k2 kayak, first, loosen the hand screws that hold the fin in place. Next, grasp the fin near the base and gently pull it away from the hull. If the fin is still attached, use a sharp knife to cut through the adhesive that holds it in place. Finally, remove any remaining adhesive with a putty knife. With a little bit of care, you can easily remove the fin from your k2 kayak.

What Is the Difference Between a Skeg and A Removable Skeg?

A skeg is a fin-like appendage that is attached to the bottom of a boat near the stern. It helps to improve the boat’s tracking ability and protect the propeller from damage. A removable skeg, on the other hand, is a skeg that can be removed from the boat.

This type of skeg is often used on smaller boats or boats that are frequently stored out of the water. Removable skegs are also convenient for transportation, as they can be taken off and placed in a storage compartment when not in use. While both types of skegs serve similar purposes, removable skegs offer some advantages over traditional skegs.

What Is the Purpose of A Kayak Skeg?

A kayak skeg is a small fin that is attached to the bottom of the kayak, near the stern. The skeg helps to stabilize the kayak and keep it tracking straight in windy conditions or when paddling in moving water. It also provides additional control when surfing or making turns in whitewater. In addition, the skeg can be used to increase speed by acting as a rudder. By redirecting water flow, the skeg creates a force that pushes against the kayak, propelling it forward. For these reasons, a kayak skeg can be a valuable asset for both beginner and experienced paddlers alike.

What’s the Best Way to Get Into a Kayak with A Skeg?

Kayaks with skegs are designed to track straight and provide good speed and maneuverability in a variety of conditions. For this reason, they are a popular choice among kayakers of all levels of experience.

Getting into a skeg kayak can be a bit tricky, but with a little practice, it can be done quickly and easily. The first step is to position the kayak so that the skeg is facing up. If you are right-handed, place the kayak on your left side, and vice versa for left-handers. Next, sit on the edge of the cockpit and swing your legs inside. Once you are seated, reach down and grab the paddle.

You may need to adjust your position slightly so that you can reach the water with your paddle. Finally, push off from the shore and begin paddling. With a little practice, you’ll be paddling like a pro in no time!

Is a Skeg or Rudder Preferable?

When it comes to deciding whether a skeg or rudder is preferable, it depends on the intended use of the boat. For instance, if the boat will be primarily used in calm waters, then a skeg may be sufficient. However, if the boat will be used in choppy waters or rivers, then a rudder may be necessary to provide better steering and control. Ultimately, it is important to consult with an experienced boat builder or dealer to make the best decision for your particular boat.